You are here:
Semiconductors 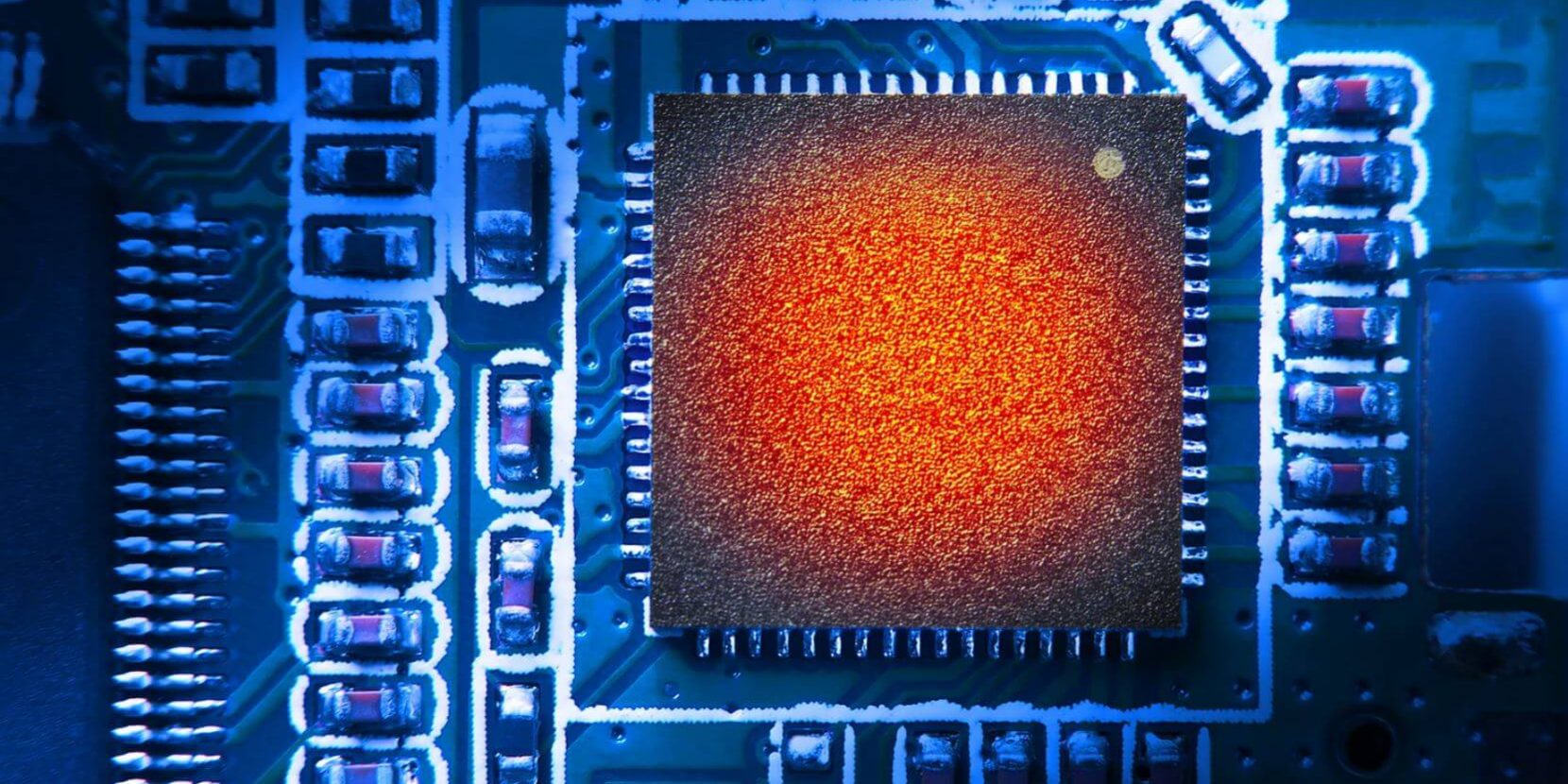 A common choice for power amplifiers, GaN-on-SiC serves as a good example. GaN-on-SiC devices have an epitaxial gallium nitride (GaN) layer on a silicon carbide (SiC) substrate. If you were to do a quick search of the thermal conductivity of GaN and SiC, you would likely find values on the order of ≈170W/m-K for epitaxial GaN and ≈390 W/m-K for bulk SiC (in the out-of-plane direction). But do these thermal conductivity numbers tell the whole story?

Generally, the temperature dependence of thermal conductivity in semiconductor devices can be modeled with the following expression:

where k_25°C is the value of thermal conductivity at 25°C, T is the temperature in Celsius, and n is a fitted parameter denoting the temperature dependence. The values for these parameters can be found in the literature [1], copied here:

Unfortunately for device designers and engineers, the thermal conductivity drops as temperature increases (and not just a little!). This is what the dropoff looks like for GaN and SiC: 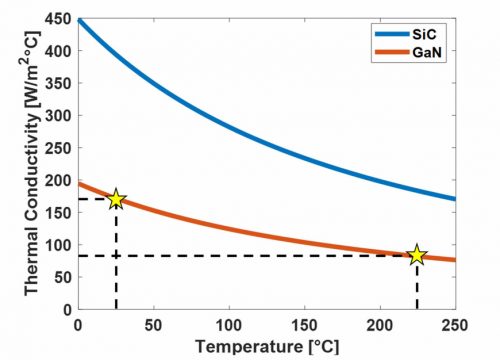 An example of this trend is below for a representative geometry. 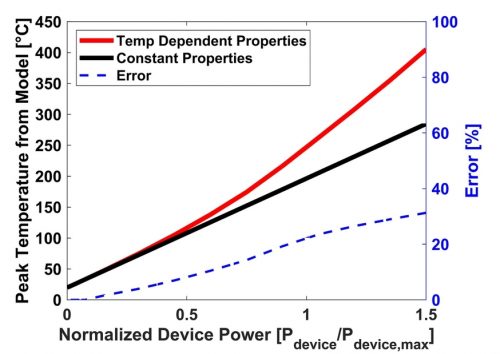 Semiconductor Lifetime: How Temperature Affects Mean Time to Failure
May 30, 2019